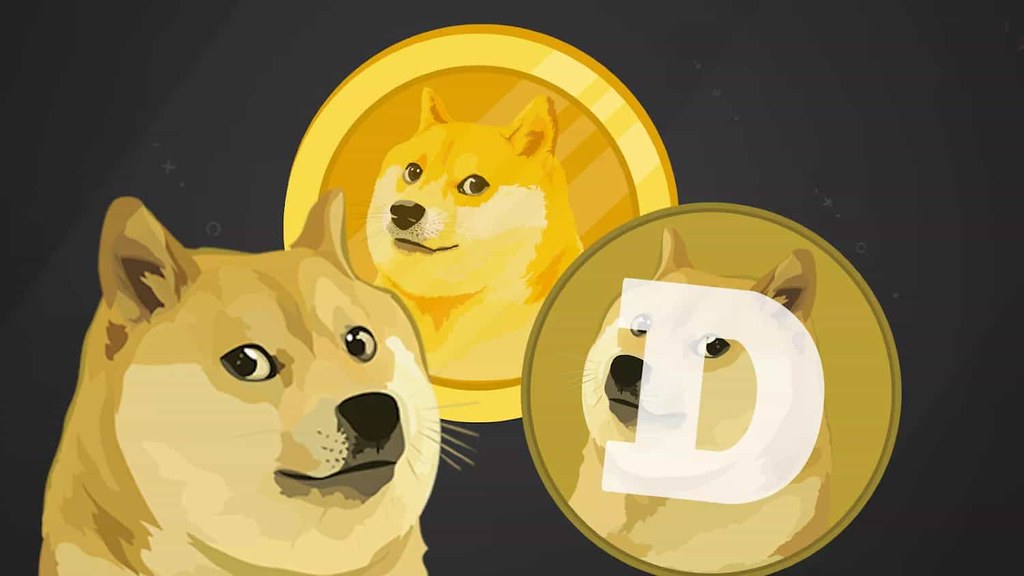 First up, how do you pronounce the token? It is as such: dowzh-coin. If that doesn’t help, go here for an audio clip.

Second, Dogecoin is a cryptocurrency that is/was referred to as a “joke”. While this was true from the start, today, it has become a worthwhile investment as well as a way to tip or pay for items. In fact, there are over 1,700+ places to pay for items using the cryptocurrency. Find the list here.

Dogecoin is the 5th oldest cryptocurrency in the world, which began in 2013 by creator Billy Markus and Jackson Palmer. The oldest cryptocurrency in the world is obviously Bitcoin, and every coin (or token) that came afterwards is considered an “altcoin”, which is a word you may hear from time to time. While the altcoin started off as a joke, it really took off when people such as Elon Musk began to stand behind the token, as well as when Mark Cuban stated that the Mavericks would allow people to buy their gear online using Dogecoin as a method of payment. For example, if you go, search for an item and then continue to the payment screen, you will see something like this:

In this example, I added a sweater and went to the shipping page. Once I click BitPay, I would then have to login, select my crypto payment of choice and send payment.

What this means, is that once all is said and done, I would pay approximately 304.33 Dogecoin’s for this sweater. 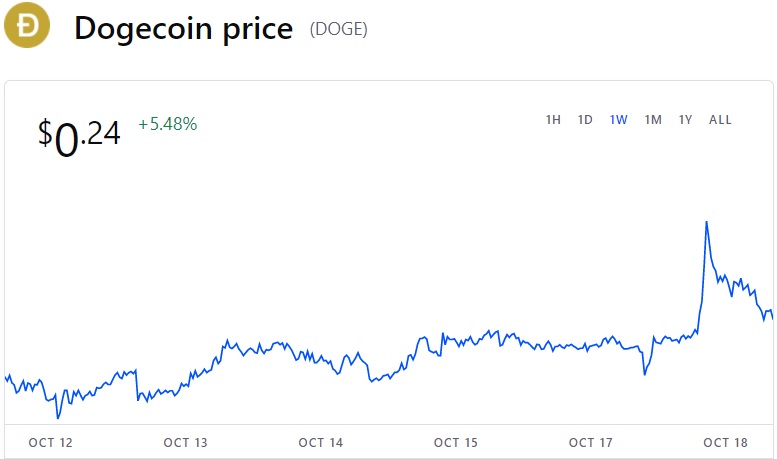 There is much more to say about Dogecoin, including mining, how much supply is out there and future predictions on price. But to make it all easy, it’s a cryptocurrency, also referred to as an altcoin that is now being accepted as payment. The price has stabilized over the months but as with ANY cryptocurrency, the prices can fluctuate wildly, which is what government entities LOVE to harp on. But considering, the U.S. dollar has lost 10% of its value this year alone due to continuous money printing, any currency is subject to rises and falls.

Lastly, the price of Dogecoin is most likely subject to rise over the coming years, but how far? Nobody can ever predict. Two years ago, the token was essentially worthless, literally zero cents. Then, it skyrocketed upwards, to an all time high of almost 74 cents as shown below. 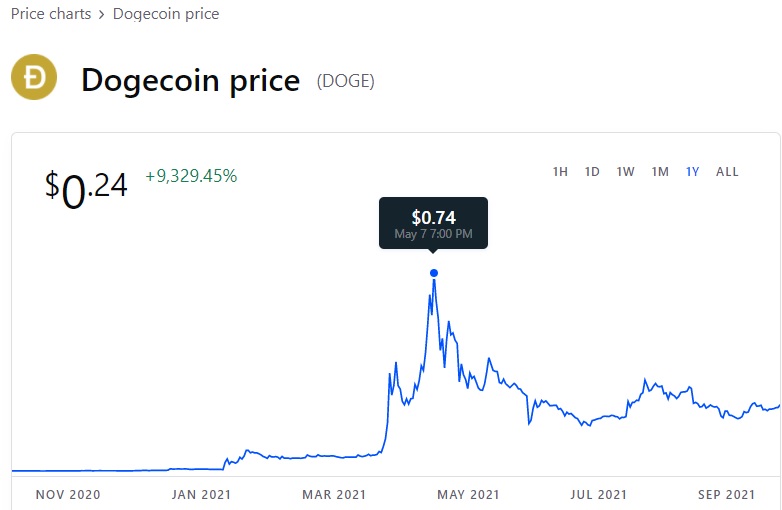 The price has fallen 50 cents ever since, but has gained some support around the 18-25 cent range. Dogecoin may be a funny meme, or T-shirt, but by being the 5th oldest cryptocurrency in the world, that alone gives it some legitimacy.