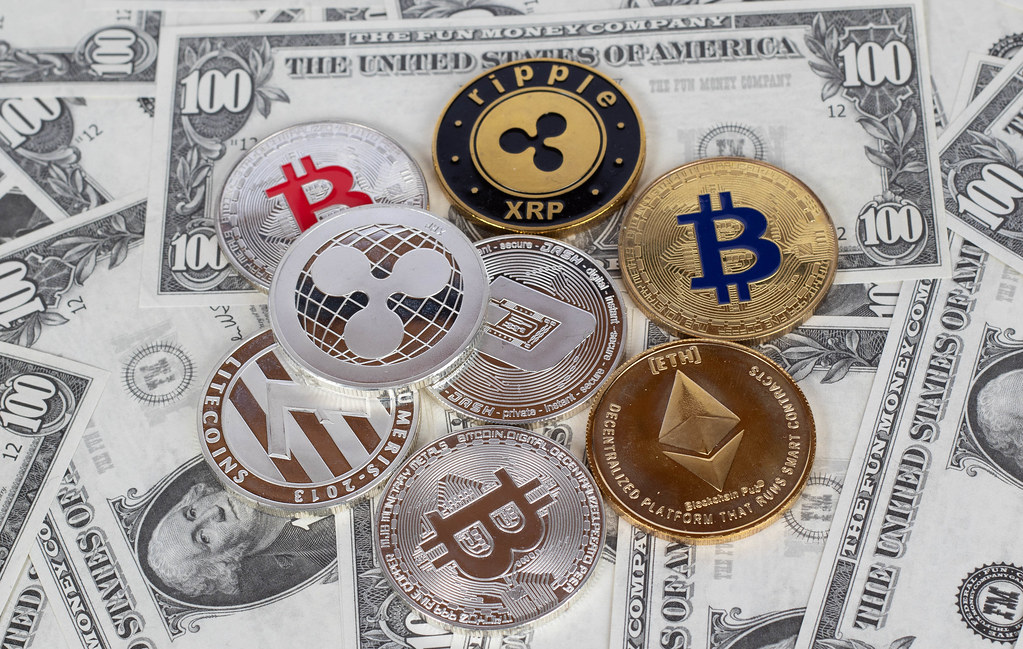 I originally wrote this article for KTSW 89.9 FM – The article can be found here

Bitcoin. Litecoin. Stellar Lumens. Ren. Dogecoin. These are just a few of the many different types of virtual currencies that are floating around out there in the world. In fact, according to coinmarketcap.com, there are 8,638 cryptocurrencies in circulation which totals over 1.5 trillion dollars in value. But this all boils down to one basic question. What are cryptocurrencies?

Cryptocurrencies, or simply, cryptos are a form of virtual money that can go around the basic banking system. There are small transaction fees to convert say U.S. dollars into a Bitcoin or Litecoin, but then once you have that crypto in your digital wallet, you can then transfer some of that amount to another person, across the globe, without the need for a bank. The receiving person can then cash out the Bitcoin, Litecoin, Lumen, etc., in their own currency. Confused yet? Here’s a simpler example: Say you go to Vegas with $1,000.00. You can’t just take that cash and sit at a blackjack table. You need chips. You take your money to the cashier, who then gives you the equivalent of that money in chips. You play blackjack and win some money in the form of chips that you can convert back to cash later. This in essence is the basic of crypto. The banks are needed to take away your funds but after that, it’s out of their control, which is exactly the point.

Bitcoin is the oldest virtual currency and the first coin which entered circulation in 2009. The coin was invented by a creator (or creators) who went under the pseudonym of Satoshi Nakamoto. This name is just code for the real people behind Bitcoin. But a few years ago, an Australian man named Craig Wright came forward and said he was part of the creation. Many people both in the crypto world and in the media do not believe this claim despite Craig’s thorough understanding on the system. The reason Bitcoin was created was to become a decentralized currency that went outside of the normal banking and financial institutions. In 2008, a financial crash happened that bankrupted many companies and sent the economy into a tailspin. The failure of Lehman Brother’s and the imprisonment of Bernie Madoff who defrauded millions from investors showed just how rocky the financial system is. This led to the creation of virtual money where these entities are not needed for much of the process. Every transaction on the crypto market is actually recorded in a ledger and must pass a series of nodes before any money is finalized. Think of it like a series of checkpoints. This series of fraud checks actually makes cryptocurrencies some of the most secure transactions in the entire world.

Bitcoin was the first, but other coins, or “altcoins”, such as Litecoin have come into popularity, especially since they are less expensive to buy. At the writing of this article, the current price for a Bitcoin is 51,034.20 U.S. dollars. One Litecoin for instance is at a price of 190.22 U.S. dollars. Cryptocurrencies are extremely volatile and by the time this article is posted, the price will become drastically different.

As with any new creation, cryptos are met with strong skepticism and pushback, especially from politicians, bankers and world leaders. This market is completely unregulated and allows for people to avoid using the currency in their home country if need be. Not all countries have stable governments and sound money such as ours, so cryptocurrencies allow people more control of their disposable income. As time passes, the legitimacy of alternate forms of money have begun to be embraced. Companies such as Microsoft, AT&T, Burger King and even Subway now accept Bitcoin as payment.

In order to buy cryptos you need some form of brokerage account, I personally have Robinhood and Coinbase as Robinhood doesn’t allow for as many crypto purchases as Coinbase. There are also platforms such as: Cash App, Binance, Bisq and many more. But be careful. Do your research before investing or buying any currencies. Just because this new form of money is being accepted, doesn’t mean that all of the 8,638 cryptos in circulation will remain. There are groups of people and companies that make and distribute these “tokens”, and any can fail at any time, dragging down your entire investment. It took Bitcoin 12 years to reach the status that it is currently enjoying but still now, there are many naysayers. However, virtual money will not be going away anytime soon and we are now in the future that only a couple decades ago, we were fantasizing about.