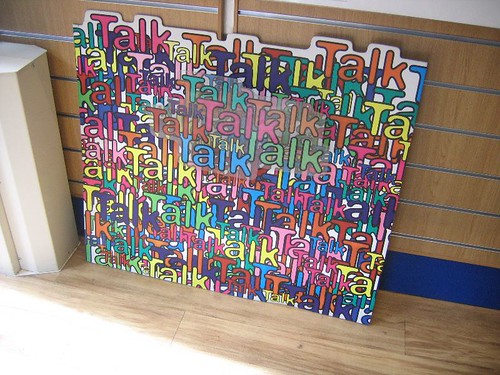 I originally wrote this for KTSW 89.9 FM – The article can be found here

Have you ever had the experience of someone who tells you about everything that’s going on in their lives seemingly without any reason? Have you then begun asking that person questions that they answer seemingly forever with no end in sight? And then, did you realize that at the end of the conversation, once that person walks away, that they didn’t even say hi to you or ever ask how you were doing? They just seemed to trap you and begin droning on about nothing until they were done. Does this sound familiar? Welcome to being talked at.

According to Ipsos, a multinational market research company who conducted a survey in 2018 shows that 54% of all Americans always or sometimes feel that not a single person knows them well. Another survey conducted by U.S. news back in 2018 also revealed that 47% of people reported that they do not having meaningful, in-person social interactions with friends or family on a daily basis. There are numerous surveys showing these alarming trends. There are many examples from political bickering, to social media, to almost anything else that shows that most people talk at others rather than talk with others and actually getting to know them.

On a personal note, I’ve been on many dates where it just seemed that I was a sounding board for someone for around an hour’s worth of time over dinner and afterwards, I get stuck with the bill. I eventually became so disgusting with the whole thing that I gave up dating altogether. Feeling like the person you are with is not even listening to you or doesn’t even care what you have to say really takes a mental toll after a while.

Talking with someone means having a discussion with someone, learning about one another, finding out what makes the other person tick or what the other person believes and why. This type of communication allows for understanding, cooperation and an ability to solve issues or at least come to an agreement while gaining a perspective into someone else.

Talking at someone doesn’t allow for any of the aforementioned. Talking at someone traps the other person in a false sense of obligation that they must pay attention even though the person doing all the talking is literally robbing their victims of their time and energy. Not to mention their sanity. Rarely is anything solved, rarely is cooperation had and rarely is any learning accomplished. Talking at is the complete opposite of talking with.

Now, I’m not saying it’s not okay to vent or tell a story or anything along those lines, that’s natural, but if you have ever met someone who proceeds to hog all the airtime and talks incessantly about themselves while never asking you a single question about yourself should become an immediate red flag. Or worse yet, they ask you a question, which you begin to answer only to be interrupted by them 3 seconds later and then they begin answering the exact same question they asked you. Or maybe, when you begin answering the question, they just get on their phone and begin scrolling through their news feed. These are indicators that there is no real communication going on.

Talking with someone allows for a mutual exchange of information. Talking at someone is a way to one person to shove all their thoughts down another person’s throat without regard for how that person may feel about the situation. We need to reverse the trend, and being talking with others, rather than at others. We may begin to see the world in a whole new light, learn new things and begin to solve many more problems that we all know need correcting.