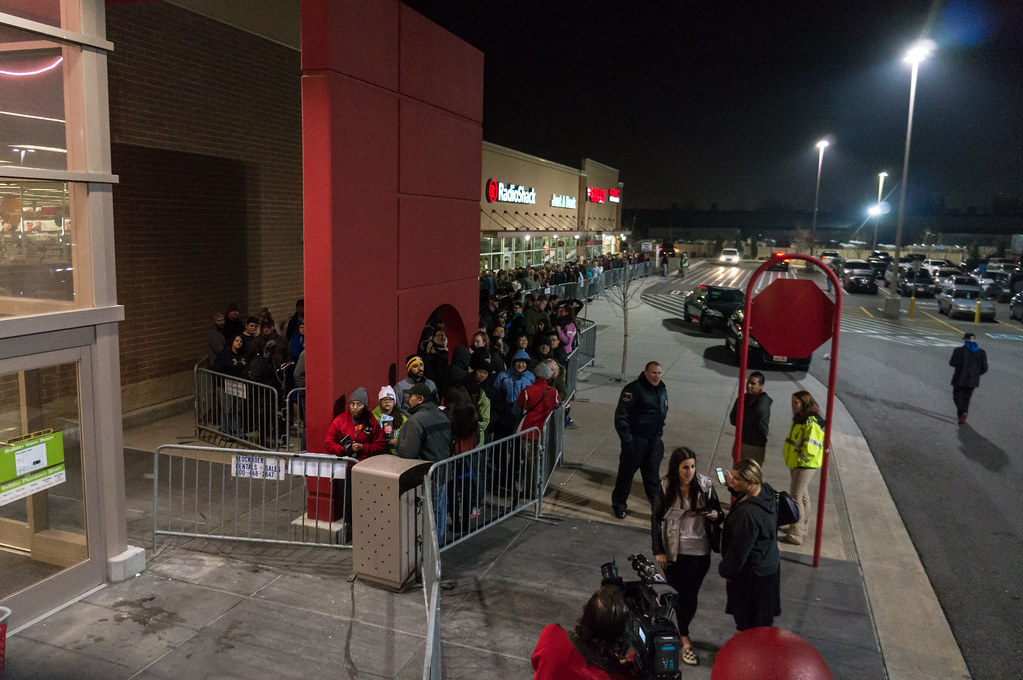 Have you ever wondered where the term “Black Friday” comes from? Well, look no further. I originally wrote this piece for my KTSW segment, but I wanted to share it here as well.

Here is the story:

The first use of the term “Black Friday” had nothing to do with Thanksgiving but actually had to do with a market crash due to a collapsing price of gold. Jay Gould, Abel Corbin and James Fisk tried cornering the gold market in order to drive up the prices on the New York Stock Exchange.

Ulysses S. Grant was the President at that time and Abel Corbin had married Grant’s younger sister. They hoped to take advantage of the family ties in order to drive up the gold prices and sell at a substantial profit, however, once President Grant learned of the shady business going on, he ordered the treasury to dump a massive amount of gold onto the market, collapsing the prices and eventually tanking the stock market as a whole. This led to many people essentially going broke overnight and the conspirers were found out. This was the origin of Black Friday.
Fast forward approximately 80-90 years to Philadelphia, Pennsylvania and we come to the most accepted version of why the term Black Friday stuck. The police at the time began using this term because the post-Thanksgiving weekend was a huge shopping time for the city. Also, every Saturday following Thanksgiving, there was the Army-Navy football game that would be held in Philly, only adding to the chaos of the shopping weekend. Philadelphia in a span of 4 days would turn into chaos as visitors came to the city to see the game, shop for items and families would all go out around the exact same time. The police not only couldn’t take any of these days off, they also had to work extra shifts due to the number of shoplifters and thieves that would rob stores due to the excessive crowds.
Around 1961, the term began to stick, and the city businesses began trying to rebrand the day as “Big Friday” to remove any negative connotations to the thievery or racism. However, this advertising ploy didn’t work as the term Black Friday stuck and from every year then on, businesses in Philadelphia would use that phrase when Thanksgiving would roll around again as a way to begin advertising products. It wasn’t until 1985, that this phrase began to be used nationwide. Around the exact same time, retailers began thinking of a way to rebrand the day in order to shed the negative origins around the term Black Friday. What they created was a story, one that I was also told and that actually is false. The most commonly repeated story was that most retailers would operate at a deficit or “in the red” for a majority of the year, but after Thanksgiving, due to heavy discounts and early Christmas shopping, so many people would begin buying products that the retailers would be quote unquote “in the black”, or turning a profit after Thanksgiving passed up until Christmas. This is story is fictional. In fact, stores usually see larger sales on the Saturday before Christmas than on the Friday after Thanksgiving.
Just a side note, if anyone is operating a business 11 months out of the year at a deficit and hopes that after Thanksgiving until Christmas will bring them to a surplus has another thing coming. This is not a good strategy for running a business and it’s pretty incredible that this version of the story has been believed by so many, including myself. But that’s besides the point. There are also rumors that Black Friday has to do with slave trading back in the olden days, this has been disproven and is not based on anything factual. Also, the term Black Friday has been said to represent the amount of people who would call in sick on Friday after Thanksgiving in order to have a 4-day weekend, this is also false.
Most sources point directly to the Philadelphia Police Department as the origin of the modern slogan. As the years rolled on, the retailers just went with it. Advertising deals became the norm and eventually businesses began opening their doors earlier and earlier in order to get more customers. It eventually got to the point that some retailers were opening in the evening of Thanksgiving. The deals only got better and better and in the 2000’s, camping for deals became common.
You can find videos on YouTube of people waiting in long lines, outside of a store for hours in order to save some money on a coveted item. The holiday started becoming violent as black Friday fights began getting worse and worse and retailers started stepping in and making adjustments in order to curtail the violence. In the last couple of years, the violence has calmed and this year, chances are, there will not be as much in person Black Friday shopping as in recent years due to the Covid restrictions. In many ways, this is a good thing. The deals will still be there, you will just have to find them online.