I originally wrote this article for KTSW 89.9 FM
Title: How COVID Will Destroy and Remake the Public-School System
By: Calvin Miller Harbachuk
Guest Writer for Community Relations
Back on Thursday of March 12th of 2020, I remember us teachers were so happy that Spring Break was only one more day away. We woke up the next mornings to texts and e-mails from the school district that classes on that day were canceled and Spring Break started one day early, on Friday, March 13th. Little did we all know what was going to happen.
As schools in the local San Marcos area along with all the other schools in the nation canceling their classes, the shutdown ensued. We all began to think that after the break we would be delayed in going back to campus. However, as we each week progressed, it became obvious that we were never returning for the school year. Thursday, March 12th was the last day I taught middle school in a classroom environment and I couldn’t have been happier.
In 2018, which was the worst year for school shootings, 113 people were killed or injured. The Santa Fe, Texas school shooting also happened that year in which 10 students were killed and 14 were injured, including the gunman. In 2019, there were 45 shootings in 46 weeks. Before this, shootings were already becoming more and more common. Teachers and students now had to worry about being shot at schools, or becoming a shield for shooters in addition to the bullying that ran rampant throughout the school system, the lack of quality leadership among administrators, the poor test scores among students across the entire nation, and a lack of involvement of parents at every level of education.

When COVID hit, the entire public education system got flipped on its head and is that a good thing? No, it’s a GREAT thing. Texas public schools already rank among the worst quality in terms of education and test scores compared to the nation as a whole. However, the United States as a nation ranks terribly among the first world countries in terms of scores related to math, reading and writing. Now, COVID is going to force us to destroy the old way of education which consisted of cramming 30-40 students in one classroom where a majority of them aren’t even on the same skill level, and then forcing one teacher to bring them “all up to grade level” with unreasonable expectations.

Due to social distancing and rotations that public schools are implementing, teachers will now get smaller class sizes and there will be fewer students in the school at one time which is pretty great. This means that students can hopefully stay more focused and have fewer distractions. Not to mention, less bullying and violence. Some public-school systems such as in New York are closing back down or seeing large drops in student enrollment that they must adapt, change and improve, or else many teachers, administrators and school personnel are going to get let go. The more students that are in a school, the more funding that school receives, sow hen public schools start seeing a huge decrease in enrollment, that is thousands to millions of dollars not being pumped into that school.

A recent NPR article conducted a survey where they showed that the average kindergarten enrollment dropped by 16% nationwide. In the same article, Austin I.S.D. was surveyed which shows a drop of 5,000 students or 6% of their student body and this story holds true across the nation. Teachers all around the country are protesting not going back to school until it’s “safe”. I don’t blame them. I put in my intent to leave teaching back on January 8th of this year, long before anyone knew what COVID was going to do.

I have personally witnessed teachers being harassed by students, by their parents or by other administrators all the whole knowing there wasn’t anything they could do about it. Teachers then got assigned the task of being possible body shields for active shooters without any hazard pay or training. No one in the public school seemed to care about out “safety” back when active school shootings became a weekly event on the news. But COVID changes all that.

However, there are many bright spots amid the destruction of public schools. On the collegiate level, such as our own Texas State University, enrollment has increased to its highest level ever, especially after classes began going online. Texas State now has 38,694 total students according to KXAN, a 1% increase from 2019. The addition of online classes now offers students across the country access to colleges that once seemed out of their reach either due to cost, location or any number of factors.

Private schools have seen a sharp increase in enrollment and in places such as Los Angeles which has some strict lockdown measures, learning pods have begun to take the place of traditional schooling. The learning pods are small groups of students from the same public school who work together on their classwork and homework. These pods rotate students or keep the same student’s, but the goal is the same, to keep the students engaged. Also, local community organizations have gotten involved and have picked up the slack of students who do not have these options by offering them classes on reading, writing, math as well as arts and crafts.

COVID may look terrible and it gives off the perception that the sky is falling, however, there are many indicators that things are changing for the better and that the entire system needed a change which includes the public schools. This whole situation will now force an antiquated system that no longer worked into changing for the better or else risk failure and the shutting down of entire public schools. This means many pink slips will be handed out, which may be for the best. The change is coming. Teachers, administrators, parents and students better get ready for it because there’s no going back now. 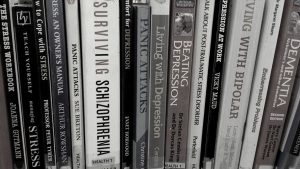 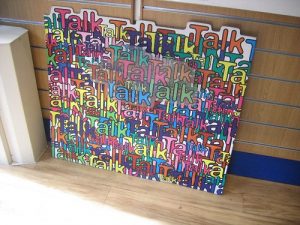 Talking With vs Talking at

October 4, 2021
Influencer Marketing: So What About It? 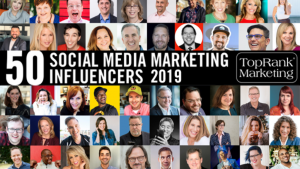 Influencer Marketing: So What About It?