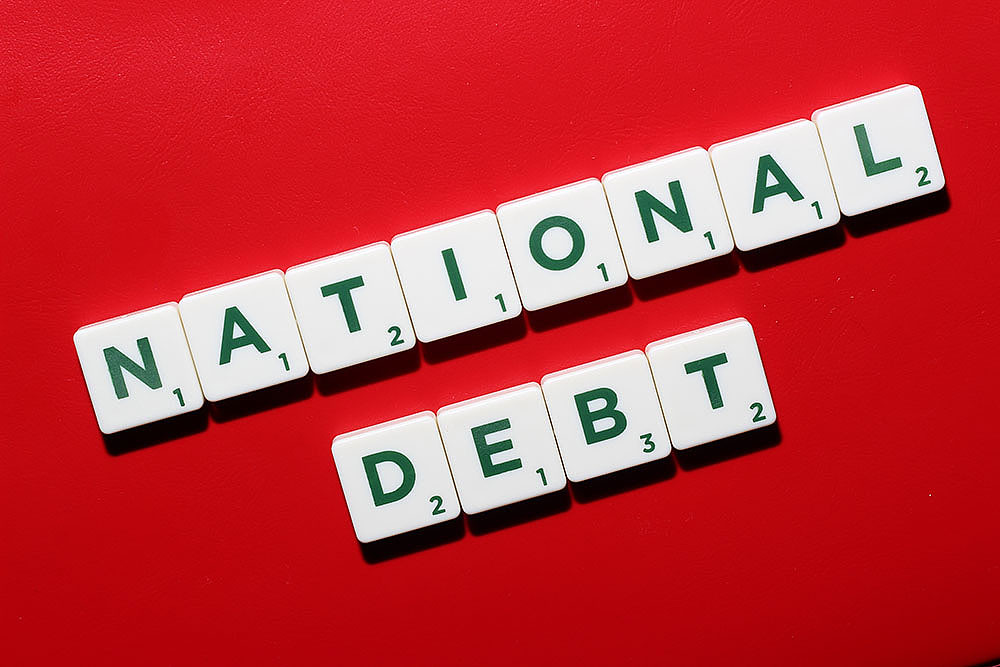 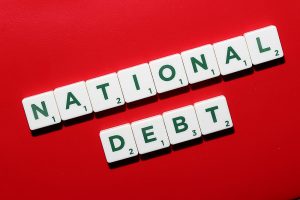 Hello readers, I originally wrote this piece as an audio file on my segment series called “Calvinomics” for KTSW 89.9 FM. This has been edited for readable format.
You all may have heard about the U.S. National debt at some point and politicians seem to always use this as a talking piece when they are trying to pander to a crowd for votes but promptly abandon the topic once elected. So what is the national debt? Well, for starters, the national debt is the amount of money the U.S. treasury owes to others. Right now, that debt is over 26 TRILLION dollars. If you reference usdebtclock.org, you can see all the numbers for yourself.
Why does this number matter? There are many reasons but I’ll discuss 3 in this post.
First off: When the U.S. government borrows this much money to spend on whatever, they now have to pay interest on this debt, the interest on this debt-load is currently in the multi-billions, which means that the government is spending money just to borrow it. This is billions of dollars that could have been used for schools, hospitals, healthcare, roads, infrastructure, the military, space exploration and so on, however, that is now billions used to pay interest.
Second off: When the U.S. Treasury prints this much money and throws it out into the economy, our dollars become worth less and less. How does this happen? Well, think about it on a personal level. Let’s use the playstation 5 which comes out in November 2020. At first, there will be a shortage since everyone will want them and the price will be very high, people will even buy playstation 5’s to list on sites like eBay and Amazon at exorbitant prices but people WILL pay these prices just to have the ps5. However, as time goes on and Sony produces more and more ps5’s, the prices tend to decrease and over a few years when supply has finally passed demand, price cuts start happening until eventually, a $500 ps5 is down into the $250-$300 range. This is what is happening to our money supply. As more money is printed, we as individuals have a harder and harder time making a living, buying the things we need and find ourselves working more and harder just to barely get ahead (or never get anywhere).
As the money supply increases, the dollar’s value WILL decrease and it already has. As a millennial, attaining the standard of living Gen-X or the Baby Boomer’s had will be much more difficult. How do you think that one person back in the 50’s could work at a factory with no college education, yet, still afford a car or two, a home, food, spouse, etc and STILL have extra? Back then, there wasn’t the oversupply of dollars which made the U.S. dollar stronger and more valuable. Those two generations have really lived it up!
Lastly (for now): When the national debt increases this heavily, we experience inflation. Now the experts on tv will sit there and tell us that inflation is low but who really believes that? If you live in Austin or any major city and see the ballooning home prices, property taxes which are increase 10-20% per year and basic cars that are now in the 30k+ range, it’s hard to believe there isn’t inflation. What happens with inflation is that too many dollars are chasing too little items therefore prices go up and up.
Back in the Weimar Republic which was the government of Germany before the Nazi’s took over, the government began printing money like crazy to pay back all the debts they owed. However, this was a doomed policy. A loaf of bread in Germany in 1922 was 160 marks (their money at the time), by the end of 1923 that same loaf of bread cost 200 billion marks. One U.S. dollar in 1923 was the equivalent of 4,200,000,000,000 marks (that’s 4.2 TRILLION). Does inflation sound good? This ultimately led to the collapse of the entire economy paving the way for Hitler to take over. How did that work out for everyone? Not very well for many millions.
The national debt is a complex topic but in the end, large unsustainable debt-loads will always fall apart. It doesn’t matter if it’s a single individual taking out too much debt they can’t afford and eventually declaring bankruptcy, or a business doing the same thing, or a government, the end is always the same. There is no “it will be different this time”. Debt is not essentially a bad thing and sometimes it’s okay, like student debt which usually has a high payout ratio upon graduation, but there does come a time when too much is taken on and the inevitable happens.
Thank you for reading.
-Calvin Miller
If you want to hear audio files of the segment I produce for KTSW 89.9 FM, check the link below:
https://ktswblog.net/tag/calvin-miller/